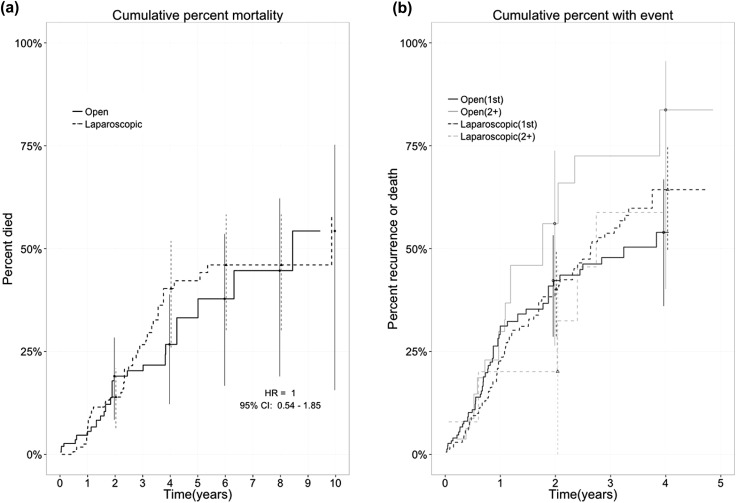 Laparoscopic (keyhole) approaches for liver resection are well described and in common use, but we do not yet have robust randomised controlled trial data comparing safety and effectiveness (a number of randomised trials are on-going). Observational studies have been published suggesting approaches are comparable, but as always with studies of this type, bias in treatment allocation limits conclusions.

In the February 2016 issue of HPB, Lewin and colleagues present a retrospective observational study comparing survival in laparoscopic versus open resection for colorectal liver metastases.

Selection bias always exists in non-randomised studies, but the authors have tried to reduce this with a propensity score based technique. These approaches aim to reduce the bias between treatment groups by accounting for differences in measured variables. Unmeasured variables are clearly not accounted for, while in an RCT these would be expected to be distributed equally between groups.

The authors use an “inverse probability of treatment weighting” method, which creates a synthetic sample in which treatment assignment is independent of measured baseline variables. It has the advantage of handling censored survival data better than alternatives and produces estimates of average treatment effects for the entire population, rather than just the treated group.

The actual 5 year overall survival of 59% is impressive and the analysis showed equivalent outcomes between open and laparoscopic groups. Residual confounding is likely to exist and as the authors point out, the open group had twice the positive margin rate (18% vs 8%) suggesting these procedures were technically more challenging. We look forward to seeing how these results compare to the outcomes of on-going RCTs.