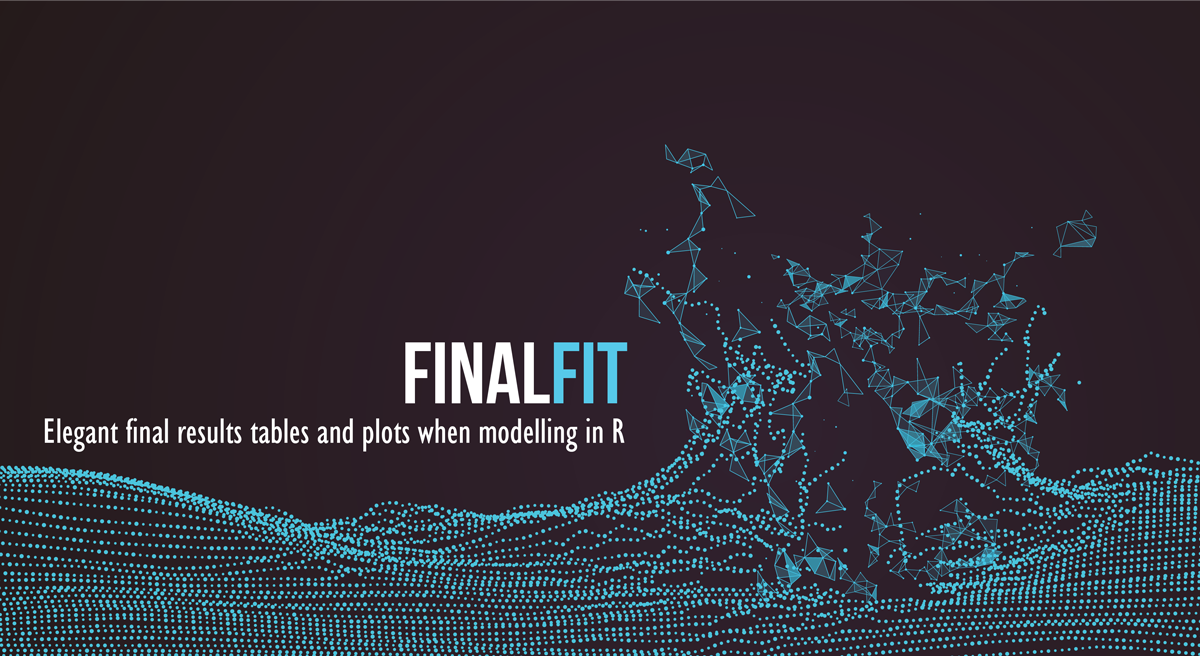 If your new to modelling in R and don’t know what this title means, you definitely want to look into doing it.

I’ve always been a fan of converting model outputs to real-life quantities of interest. For example, I like to supplement a logistic regression model table with predicted probabilities for a given set of explanatory variable levels. This can be more intuitive than odds ratios, particularly for a lay audience.

For example, say I have run a logistic regression model for predicted 5 year survival after colon cancer. What is the actual probability of death for a patient under 40 with a small cancer that has not perforated? How does that probability differ for a patient over 40?

I’ve tried this various ways. I used Zelig for a while including here, but it started trying to do too much and was always broken (I updated it the other day in the hope that things were better, but was met with a string of errors again).

I also used rms, including here (checkout the nice plots!). I like it and respect the package. But I don’t use it as standard and so need to convert all the models first, e.g. to lrm. Again, for my needs it tries to do too much and I find datadist awkward.

Thirdly, I love Stan for this, e.g. used in this paper. The generated quantities block allows great flexibility to simulate whatever you wish from the posterior. I’m a Bayesian at heart will always come back to this. But for some applications it’s a bit much, and takes some time to get running as I want.

I often simply want to predict y-hat from lm and glm with bootstrapped intervals and ideally a comparison of explanatory levels sets. Just like sim does in Zelig. But I want it in a format I can immediately use in a publication.

Well now I can with finalfit.

There’s two main functions with some new internals to help expand to other models in the future.

finalfit_newdata is used to generate a new dataframe. I usually want to set 4 or 5 combinations of x levels and often find it difficult to get this formatted for predict. Pass the original dataset, the names of explanatory variables used in the model, and a list of levels for these. For the latter, they can be included as rows or columns. If the data type is incorrect or you try to pass factor levels that don’t exist, it will fail with a useful warning.

boot_predict takes standard lm and glm model objects, together with finalfit lmlist and glmlist objects from fitters, e.g. lmmulti and glmmulti. In addition, it requires a newdata object generated from finalfit_newdata. If you’re new to this, don’t be put off by all those model acronyms, it is straightforward.

Note that the number of simulations (R) here is low for demonstration purposes. You should expect to use 1000 to 10000 to ensure you have stable estimates.

Output to Word, PDF, and html via RMarkdown

Simulations are produced using bootstrapping and everything is tidily outputted in a table/dataframe, which can be passed to knitr::kable.

Better still, by including boot_compare==TRUE, comparisons are made between the first row of newdata and each subsequent row. These can be first differences (e.g. absolute risk differences) or ratios (e.g. relative risk ratios). The comparisons are done on the individual bootstrap predictions and the distribution summarised as a mean with percentile confidence intervals (95% CI as default, e.g. 2.5 and 97.5 percentiles). A p-value is generated on the proportion of values on the other side of the null from the mean, e.g. for a ratio greater than 1.0, p is the number of bootstrapped predictions under 1.0. Multiplied by two so it is two-sided. (Sorry about including a p-value).

What is not included?

It doesn’t yet include our other common models, such as coxph which I may add in. It doesn’t do lmer or glmer either. bootMer works well mixed-effects models which take a bit more care and thought, e.g. how are random effects to be handled in the simulations. So I don’t have immediate plans to add that in, better to do directly.

Finally, as with all finalfit functions, results can be produced as individual variables using condense == FALSE. This is particularly useful for plotting 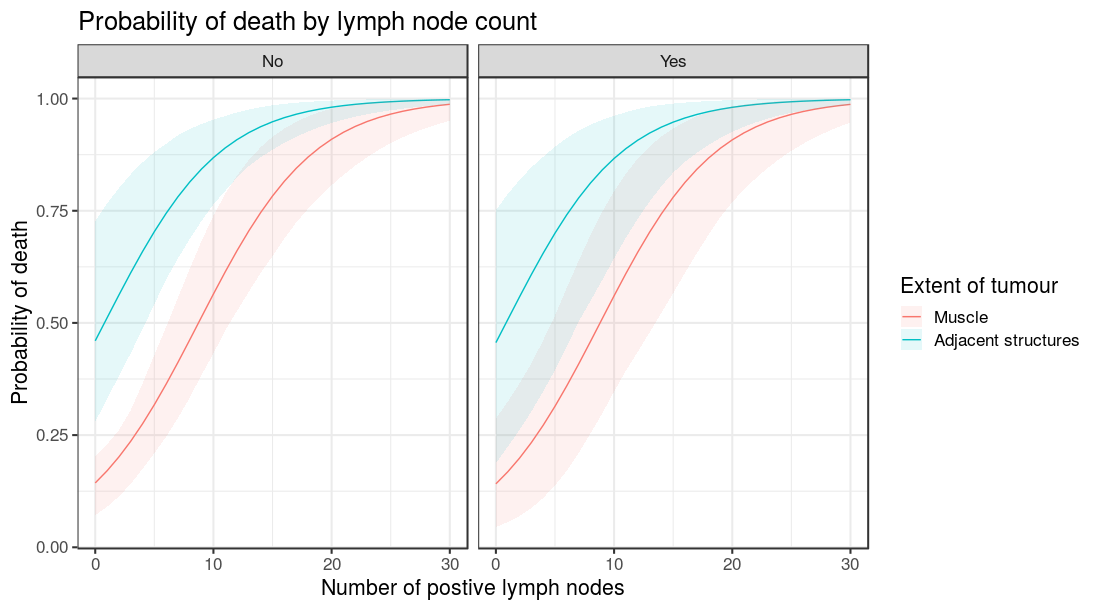 So there you have it. Straightforward bootstrapped simulations of model predictions, together with comparisons and easy plotting.