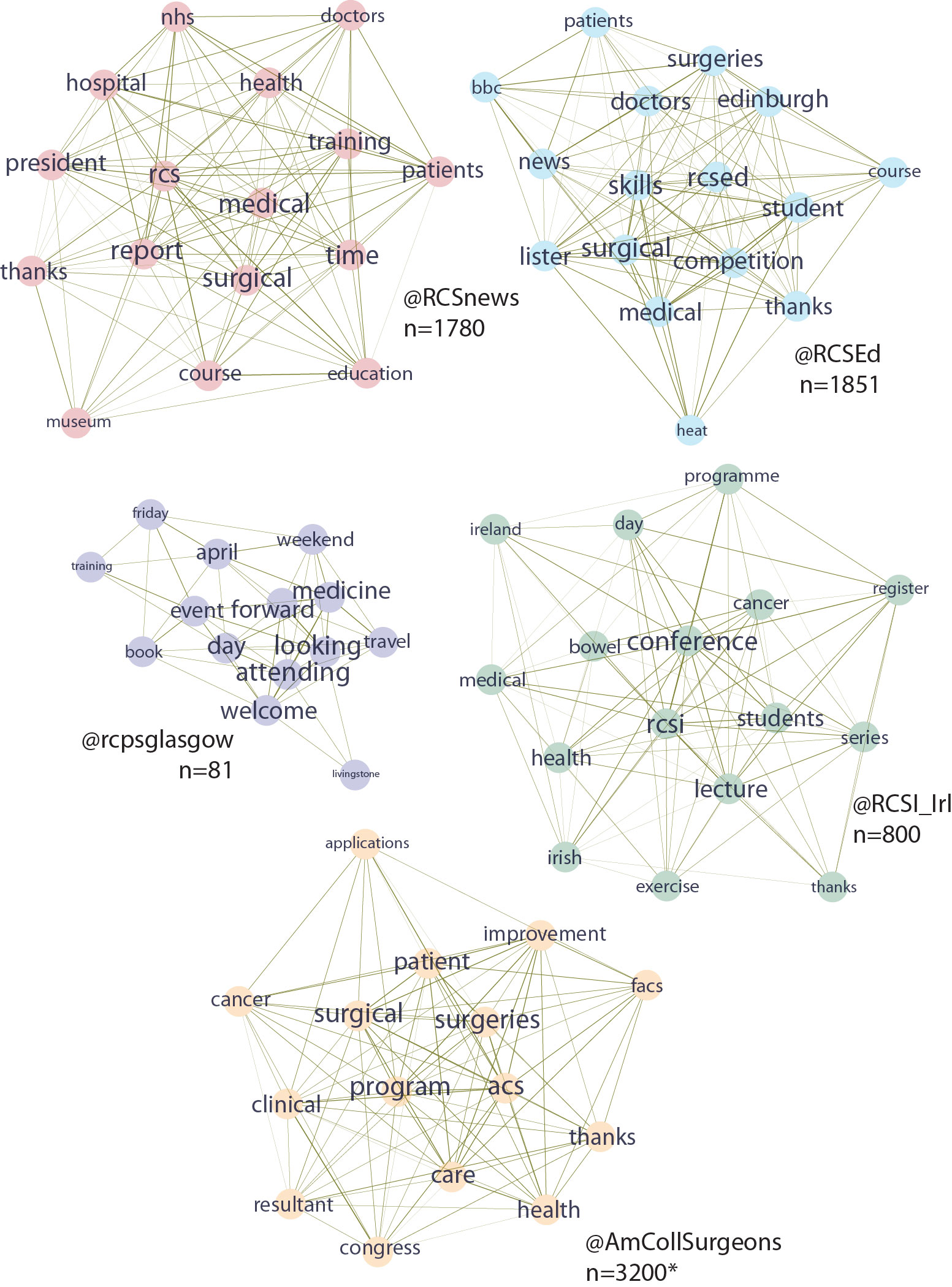 What do the UK and Ireland Surgical Royal Colleges tweet about and how do they compare to the American College of Surgeons?

Twitter allow retrieval of the last 3200 tweets of a given user. Here are all tweets ever sent by the Royal Colleges a few days ago. The American College has tweeted over 6000 times, so only the latest 3200 are included. The Glasgow College is just getting going.

There is a bit of processing first. Charts are generated after removal of “stop words” – all the little words that go in between. Words then have common endings removed (e.g. -ing; stemming) and the most common ending for the group replaced (stem completion).

So what can be said? I was interested in whether Colleges tweet about training. I was pleased to see that the UK colleges do – a fair amount. Terms that are associated with training were less apparent in tweets from the RCSI and ACS.

The figures below show clustering of terms within tweets, with term frequency increasing from left to right. There are some nice themes that emerge. In the RCSEng tweets there are themes relating to “training”, “events”, “working time”, and “the NHS”.  Similar subjects are apparent in RCSEd tweets, with prominence of their medical students surgical skill competition and issues specifically relating to the NHS in Scotland. As the RCPSG have only started tweeting, associations are greatly influenced by individual tweets.  The RCSI’s “MiniMed School Open Lecture Series” (updated 22/04/13) can be seen together with conference promotion. The ACS appear to use Twitter to communicate issues relating to patient health improvement programmes more prominently than other Colleges.

Network plots illustrate the strength of association of terms (weight of edges) and frequency of terms (font size of vertices). Do the terms in these plots represent the core values of these organisations?